The legendary Hermès brand, trademarked by the image of a handler and his carriage horse, has been reigning leatherwear royalty since it’s founding in 1837. A true heritage brand, Hermès started out as a saddlery and harness workshop serving private clientele. Over the course of over almost 182 years, Hermès has become one of the most coveted luxury brands on the planet, widely known for their exclusive and pricey Birkin bag – which has a rumored waitlist that is years long.

From 1837 in Paris to 2019 and worldwide – this is how Hermès transitioned from saddle shop, to maker of the world’s most expensive and exclusive bags.

1837 – Hermès was founded by Thierry Hermès in 1837. At this time, Hermès was a harness workshop that served private clientele, mostly French noblemen and carriage businesses.

1855 – By this time, Hermès harnesses are widely regarded in Paris. So much so, that Hermès is recognized by the Exposition Of Paris for exceptional craftsmanship.

1880 – Charles-Emile Hermès takes over his father’s business and moves Hermès to a new location on 24 Rue du Faubourg Saint-Honore, where it remains to this day. Hermès soon begins to sell their products in a retail setting to their clients, expanding their customer base exponentially.

1919 – Emile-Maurice buys his brother, Adolphe Hermès out of the business due to a decline in sales.

1922 – Hermès introduces it’s first leather bag, a smaller version of the Haut a Courroies, designed by Emile-Maurice, after his wife complains about not being able to find a bag that she likes.

1935 – The the Sac a depeches bag is released, later known as the Kelly bag, due to Grace Kelly’s love of the bag and the craze she created by carrying it. Women flocked to Hermès requesting the “Kelly Bag” and it has been known as such since.

1937 – The Hermès silk scarf is introduced, gaining popularity among influential figures such as Jacqueline Kennedy.

1950 – The perfume division of Hermès is started and Hermès begins to use their iconic orange boxes.

1951 – Emile-Maurice Hermès passes away, Hermès is taken over by Robert Dumas Hermes and Jean Rene Guerrand.

1981 – The Birkin bag, named after Jane Birkin, is introduced.

1937 – The Hermès silk scarf is introduced, gaining popularity among influential figures such as Jacqueline Kennedy.

2012 – Axel Dumas is named CEO of Hermès and continues to serve the company as CEO presently. 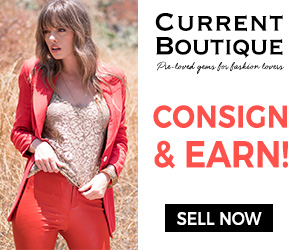